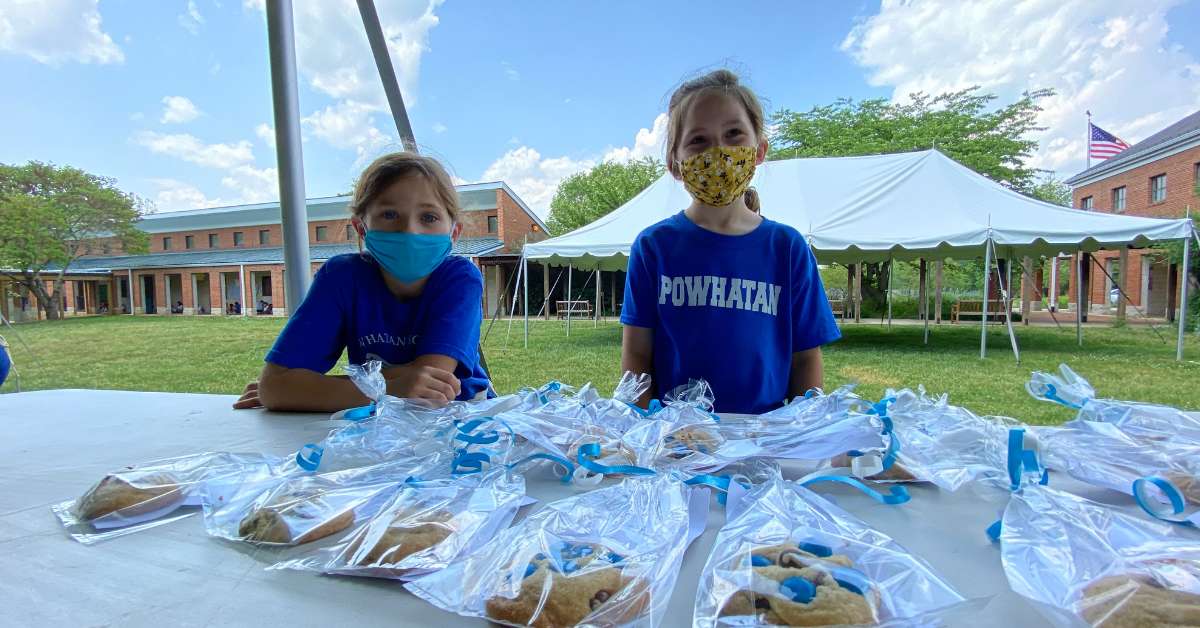 Second graders have been participating in a Project Based Learning (PBL) activity that centers around a mini economy called Market Day. Second grade studied the dynamics of an economy and then applied their understanding in the role of an entrepreneur and producer. The students learned about entrepreneurs and their products. During math class, students explored the difference between durable and non-durable goods and the types of resources it takes to make a product including natural, capital, and human resources.

Catch a glimpse of Market Day in the video below!

Mrs. Brondstater and Mrs. Warren, both second grade teachers, decided to move the program outside underneath the tents in Ibit’s Courtyard. After setting up each station, students sold various products from non-edible items such as walking sticks, flags, a duct tape wallet, and bracelets to edible items such as cookies, candies, and cupcakes!

After the first day of sales, students had to count the number of tickets they had collected and calculate the dollar amount they raised. The students had to count their remaining inventory and consider the supply and demand for the products they were selling in order to decide whether to keep their prices the same for the second day of selling or lower the prices in order to raise as much money as they could. Each student had to use the economics vocabulary learned in class to explain his or her decision before changing the price. With the participation of the entire Powhatan School community, most of the students sold out of their products, and they raised over $1,300.00 for the Frederick County/Winchester City Bright Futures Program.

The pillar of civility resonated throughout the two days of buying and selling. Marketing strategies were reviewed and applied in advertisements and selling periods, as well as the concepts of supply and demand. The second grade classes were fortunate to have school wide participation in this PBL activity with students and faculty acting as consumers. Mathematical computations and conversion of U.S. currency to tickets were implemented during Market Day, and students were responsible for tracking their inventory and revenue. Proceeds from Market Day are being given to the Frederick County Bright Futures Program. The second graders’ perception of wants and needs was clearly defined when we began discussing the importance of servicing others for our activity.

Key areas of study in this unit are math, entrepreneurship and economics.