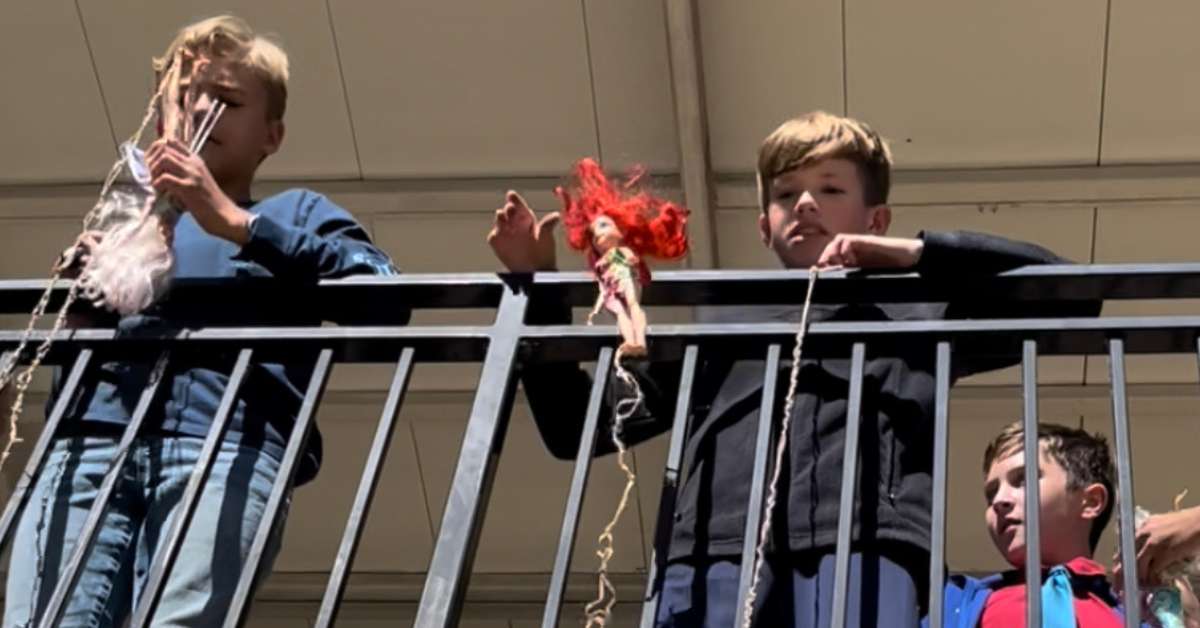 “I’ve always believed that students learn best by doing, so I love hands-on activities in the classroom. I’ve just been blown away with the freedom here at Powhatan to create math projects that really challenge and stretch students.”

We caught up with Mr. Hagerty, an Upper School math teacher, for a highly engaging seventh grade Algebra I lesson as he introduced the concept of linear equations.

After breaking up into small collaborative teams, the class was outfitted with a measuring tape, a bag of rubber bands and a Barbie doll. Students measured Barbie’s height, as each doll was slightly different in size, without rubber bands. Each team placed a measuring tape on the wall and set up their station. Then each group added the rubber bands and dropped Barbie from the top of a meter stick in a very controlled environment. They measured the lowest point that the doll’s head reached. Students continued this process multiple times, adding a rubber band each time.

The more bands we add, the lower Barbie would drop. Each team then recorded the data in a chart and began tinkering with the number of rubber bands and the estimated outcome.

It got dangerous for Barbie during the next class period.

Mr. Hagerty took the class outside into the breezeway between the two buildings facing the athletic fields. This drop was just more than 14 feet in height. Using their test data from the previous day, Mr. Hagerty tasked each team to make their prediction of how many rubber bands they would need to safely drop Barbie from the breezeway.

Mr. Hagerty allowed each group to perform two separate bungee drops. Most of the teams were either not close enough to the sidewalk or Barbie smashed head first into the concrete on the initial effort. Teams readjusted and tinkered with the line of best fit, knowing they either needed to take rubber bands away or add to the original estimate. There was plenty of learning through failure and some emergency triage after the first jump.

Two drops were so close that Barbie’s hair brushed the sidewalk but the head did not hit. In the end, the students had a blast and an experience that really connected them to the concept of linear equations.