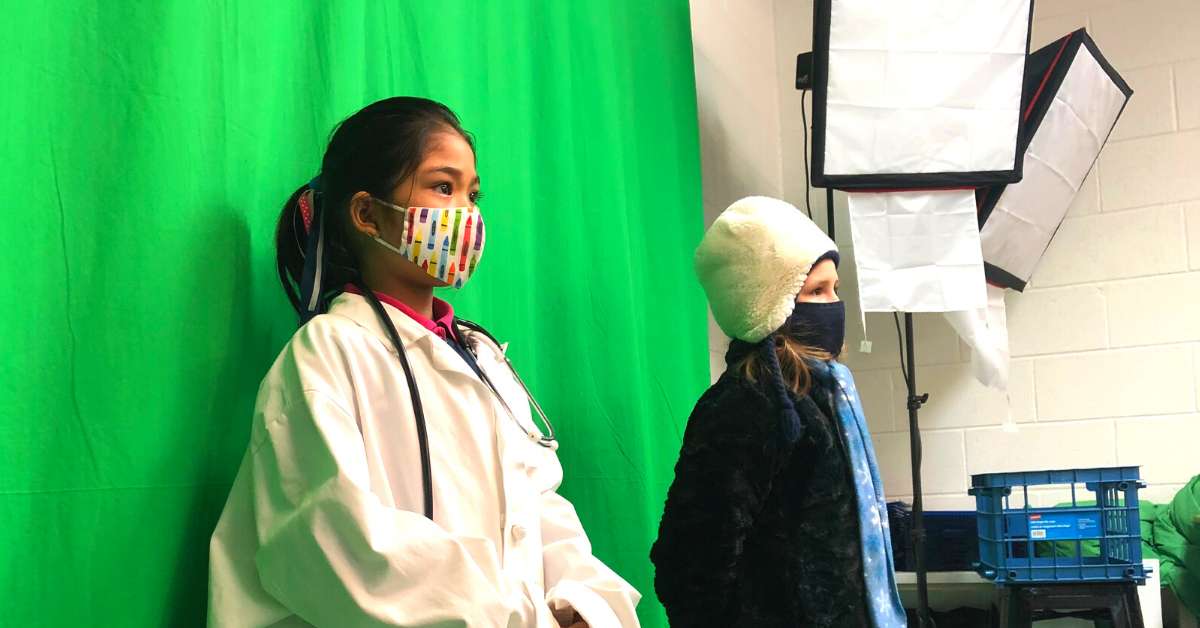 All year long our faculty have been using technology to help keep programs and activities on the schedule. The second grade team, Mrs. Brondstater and Mrs. Warren, came to Mrs. Miller, the innovation & technology teacher, with their newscast project that they have done each year with the idea of enhancing it using technology. In earlier years when doing this project, they had used the Smartboard as their backdrop and did their recordings in the classroom.

Second graders used the green screen, tripod, and microphones in the iTech Lab. The students stood in front of the green screen to record and read their scripts for their part of the news broadcast. The creativity was off the charts! They wore heavy jackets if they were going to be standing in a blizzard for their report, or they brought along tools they made in the Makerspace for their commercial to help sell their product. And just like in an actual news program, we had students holding up cue cards for our actors to read from.

This particular activity required a significant amount of collaboration between students. With so many moving parts, they really had to communicate to overcome challenges.

“After we had each recording finished, we uploaded their video into the WeVideo program. The students were able to help pick out which background they wanted to be placed in front of. We had students in the middle of a blizzard, at a train station, in a mayor’s office, in a 1900s home, and more. They have really enjoyed seeing themselves in different places and knowing that they never even left campus!”