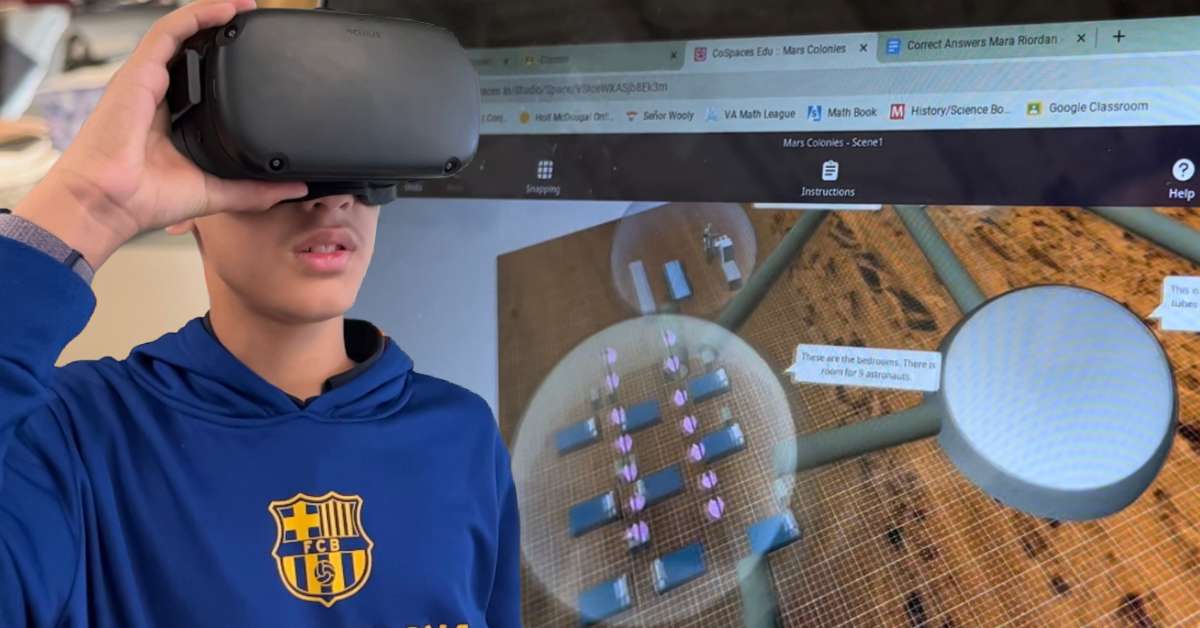 The opportunities to use VR overlaps with almost all content areas. The ideas are endless and provide a robust classroom experience. So what does Virtual Reality look like in Science class? See for yourself by watching the video below:

I loved this project because it let my students learn about everything that needs to be in place before considering a human expedition to Mars. There is so much that we need to know before sending humans to Mars. I want my students to understand not just the technology of getting man to Mars, but the risks as well.
~Mrs. Hobbs, Upper School Science Teacher

The Mars Colony Project was a culminating activity for our astronomy unit. We spent the past few months learning about space travel, the solar system and stars and galaxies. And since there is so much in the news these days about a manned mission to Mars, we did some research and learned about NASA programs and Space X Mars exploration programs and decided to build and design a realistic Mars colonies using CoSpaces.

Before the students could use their computers, they had to research and answer a number of questions about Mars’s atmosphere and environment. The students needed to figure out how they would get their supplies to Mars and troubleshoot possible problems that the colonists might encounter. The colonies had to include certain elements including housing, a greenhouse, and a facility to produce oxygen. The structures had to protect against extreme cold, cosmic radiation, high atmospheric pressure, low gravity etc.

CoSpaces is a website that empowers students to become creators and prepare them for the future by immersing them into a world where they can create anything in 3D, learn to code while having fun, and connect with the curriculum on a completely new level.

We then used CoSpaces and the Oculus Quest VR goggles to design and view 3-D models of Mars colonies. Our tech instructor, Mrs. Miller, spent a few days with my class teaching all of us about the CoSpaces program.