An art project 15 years in the making…

An art project 15 years in the making… 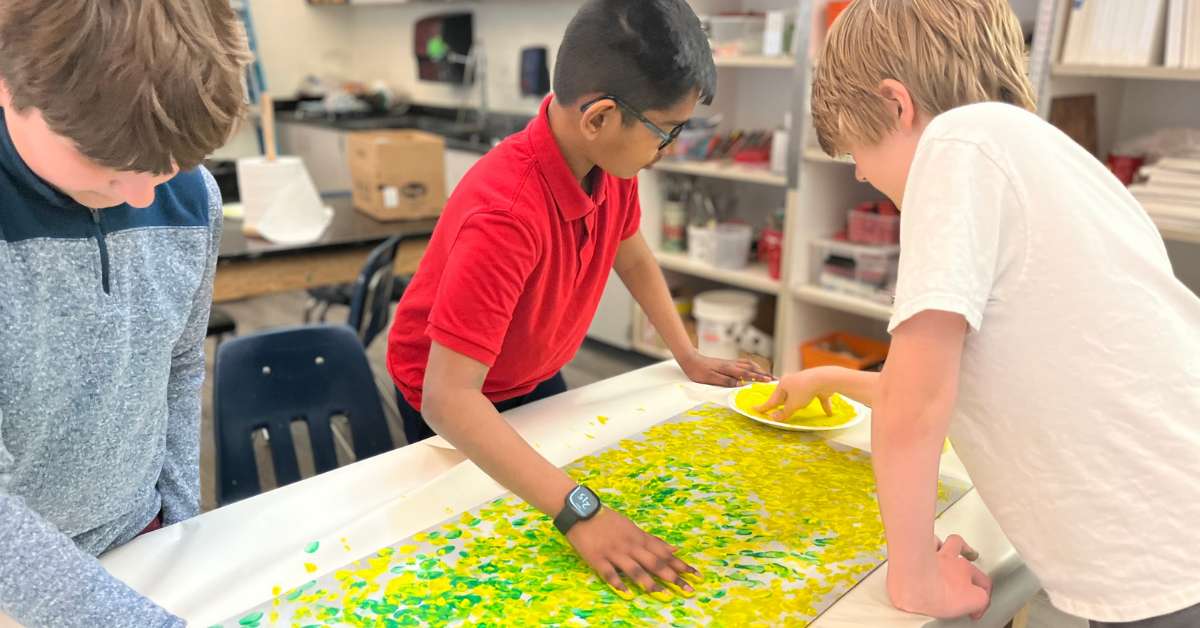 In 2006 the fifth grade class embarked on a creative painting activity in the music room. The Upper School art teacher at the time, Mr. Schiavone, had an idea to bolster school pride and community at Powhatan by transforming the school song into a colorful mural. The mural, which is composed of six panels on the wall in the Upper School music room, has the notes of the first half of the school song painted across the piece.

“I initially thought the song repeated itself for the second half, but there are a few notes that are different so this year Ms. Davis asked if we could finish it,” said Mr. Schiavone. “I thought it would be a great idea and a fun activity.”

After a short lesson on blending colors, students then worked together to complete the panels. Each panel has a blend of two different colors in student fingerprints which, when assembled in a row, create a color spectrum “rainbow”. The music bars and notes will be added once the background is complete.

“This may end up with the record for ‘longest art project’ in the school’s history,” said Mr. Schiavone with a big grin.

Check out the project in the video below:

Market Day: We learn not for school but for LIFE

The Geometry of Field Day