Pulse » In The Classroom » Powhatan or Hogwarts? 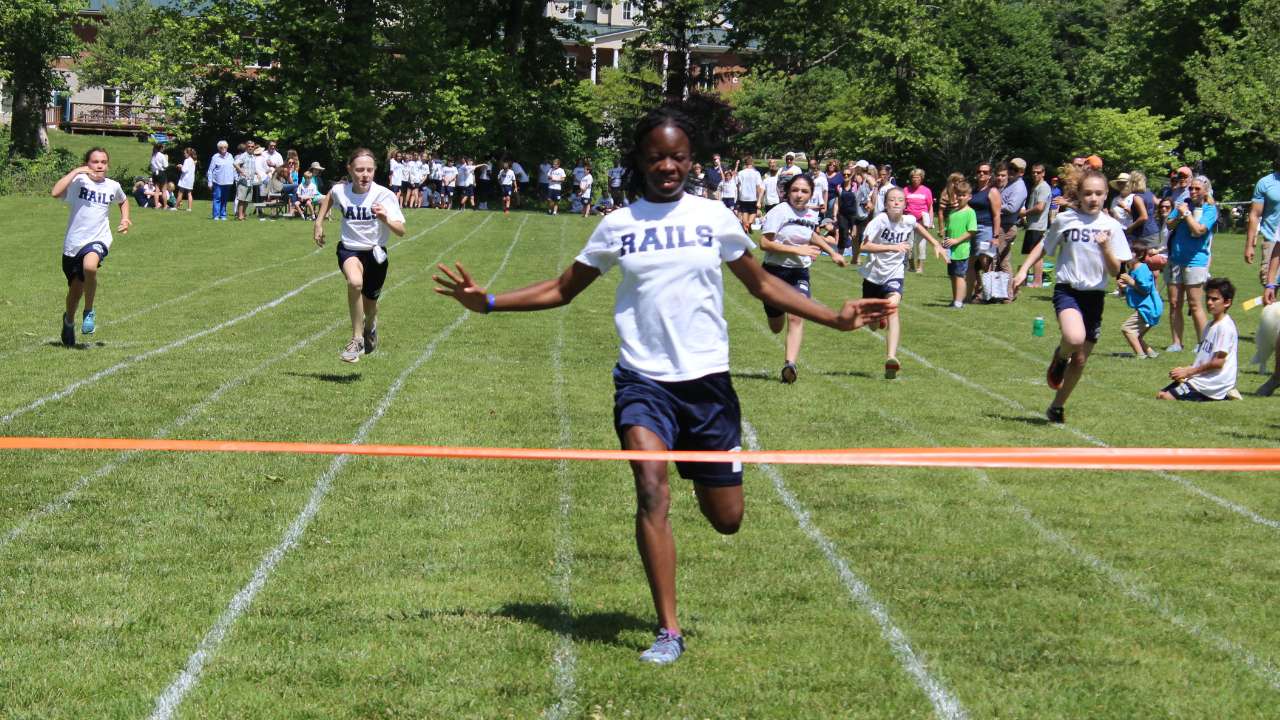 Few events on campus carry such anticipation and excitement for students as POSTS/RAILS Field Day. With Field Day only a day away, it is a great time to get new families (such as all of the excited Kindergarten parents on campus last Friday) up to speed on the POSTS/RAILS tradition!

A fence has both posts and rails. 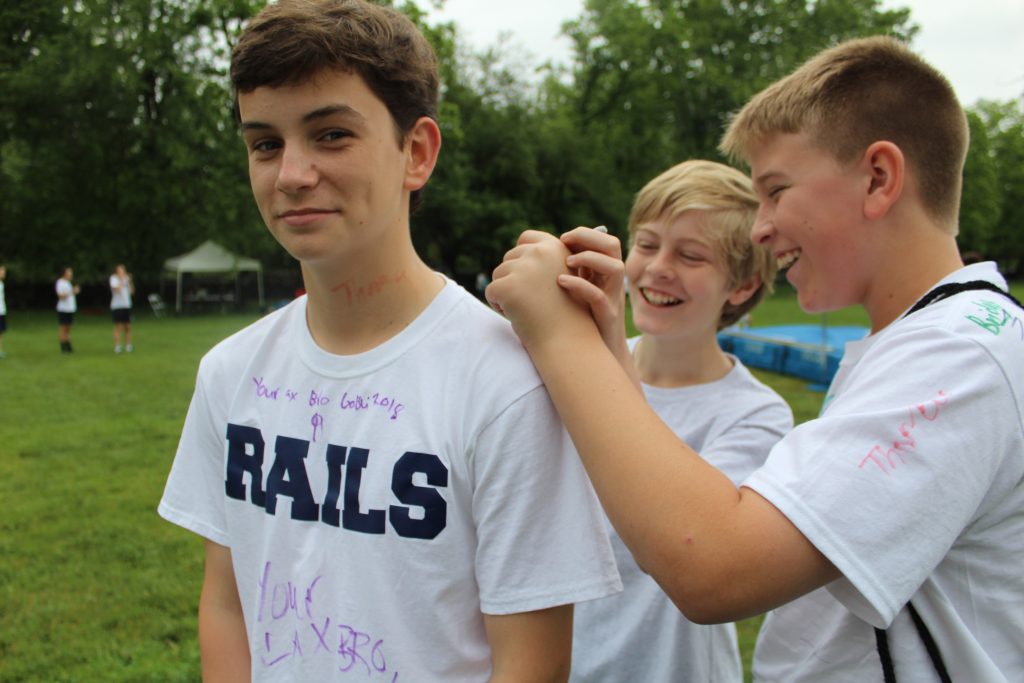 The easiest way to start explaining POSTS and RAILS is to think about Harry Potter. In the novels, there are Four Houses of Hogwarts.

Hogwarts is divided into four houses, each bearing the last name of its founder: Godric Gryffindor, Salazar Slytherin, Rowena Ravenclaw and Helga Hufflepuff. Throughout the school year, the houses compete for the House Cup, gaining and losing points based on actions such as performance in class and rule violations. The house with the highest end-of-year total wins and has its colours displayed in the Great Hall for the following school year. Each house also has its own Quidditch team that competes for the Quidditch Cup. These two competitions breed rivalries between the houses. Houses at Hogwarts are living and learning communities for their students. Each house is under the authority of one of the Hogwarts staff members. The Heads of the houses, as they are called, are in charge of giving their students important information, dealing with matters of severe punishment, and responding to emergencies in their houses, among other things. Each year, year level groups of every separate house share the same dormitory and classes. The dormitory and common room of a House are, barring rare exceptions, inaccessible to students belonging to other Houses.

How does this apply to Powhatan?

Our houses are POSTS and RAILS. Each student is designated as a Post or a Rail at the beginning of their tenure at Powhatan.

Each year, the competition culminates in the annual POSTS/RAILS Field Day. Just as the houses in Hogwarts compete in the Quidditch Cup, Powhatan students in grades 4-8 compete in multiple olympic style activities during Field Day. Throughout the competition, POSTS compete against RAILS to earn points toward a final score. At the end of the day Mr. Burke tallies the scores and announces the winning team. 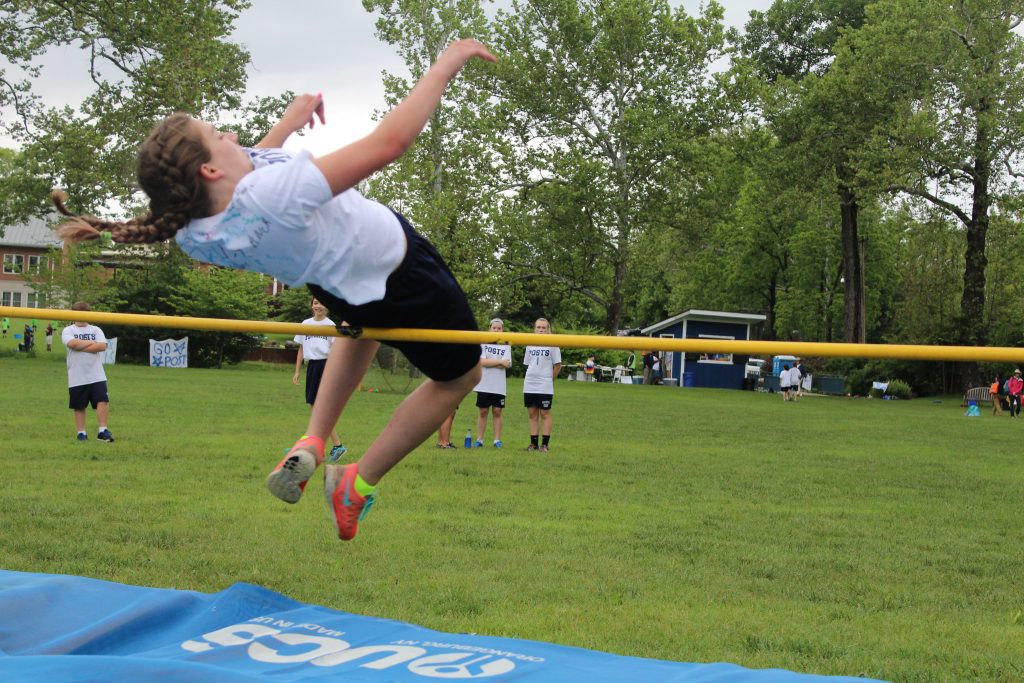 Four eighth grade students serve as Post and Rail captains. They are elected by the Upper School students and faculty and serve as leaders for the school and their intramural groups. Post and Rail Captains are appointed at the annual Upper School Retreat. In allowing themselves to be considered for the honor of Post/Rail Captain, students should understand they will be held to a high standard, and that their behavior and choices will be in the spotlight. They need to represent themselves and the school with dignity and integrity. Post/Rail Captains will:

1. Serve as a representative on the Student Council.
2. Participate in a team sport each season (strongly encouraged).
3. Participate fully in school activities such as trying-out for Spelling and Geography Bees and volunteering for special school events such as Open Houses and Bingo and Movie Nights.
4. Write up and announce the varsity games during gathering.
5. Assist athletic coaches with day-to-day practice and game responsibilities.
6. Help plan and organize Field Day including the pep rally and weekly events.
7. Demonstrate adherence to the letter and spirit of Powhatan’s Mission and behavioral and academic expectations.
8. Display the highest level of personal integrity and good character.
9. Remember they represent not only themselves but the entire Powhatan community.
10. Conduct themselves appropriately at all times, on and off campus.
11. Lead in a way that brings out the very best in others. 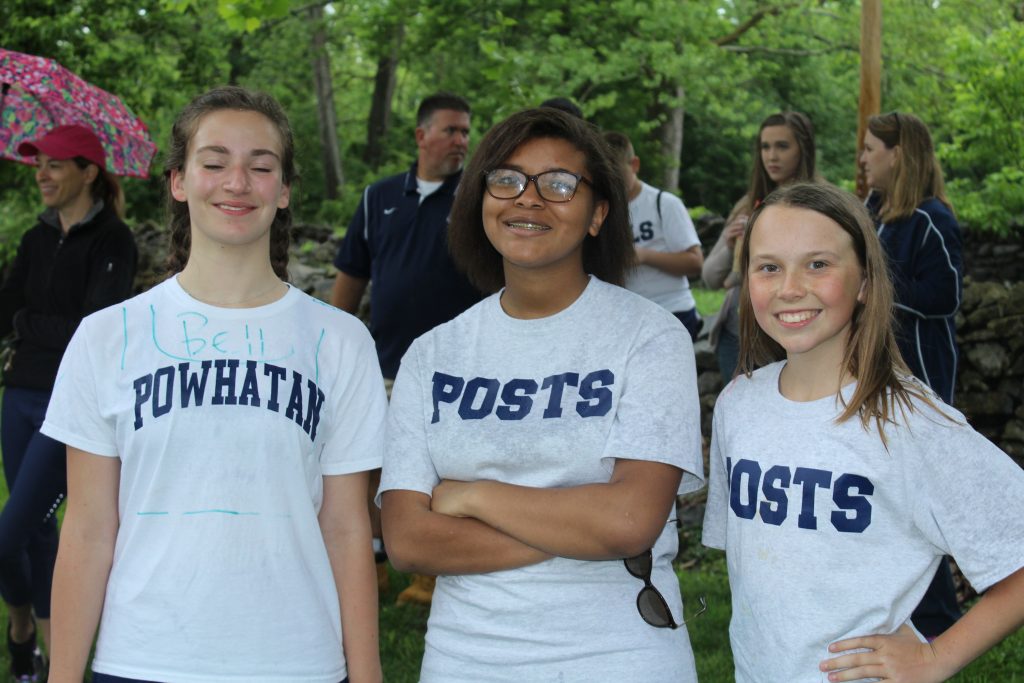 The POSTS and RAILS tradition dates back to Powhatan’s earliest years at the Blue Ridge Country Day School. EVERYONE remembers this friendly rivalry, and the question we hear most from alumni is “How are the POSTS doing, or are the RAILS winning?” It is an entrenched part of the Powhatan culture, and crosses generations. For example, if a student’s parent attended Powhatan were POSTS, the student and his/her siblings will also be POSTS. The same goes for siblings. Once the first student is designated as a POST or RAIL, their younger siblings will follow in their footsteps. On rare occasions, we have seen a POST marry a RAIL and when their children attend Powhatan, the battle is on to decide what their fate will be!

One thing to point out is that once a student is selected as a POST or a RAIL then siblings will also be included in the same team. The same goes for legacies – so if a parent attended Powhatan as a POST, then the next generation will automatically be a POST.

(A special thank you to Ms. Barr for the great photos from last year!)