Pulse » In The Classroom » A Natural Dewormer: Pumpkin Seeds 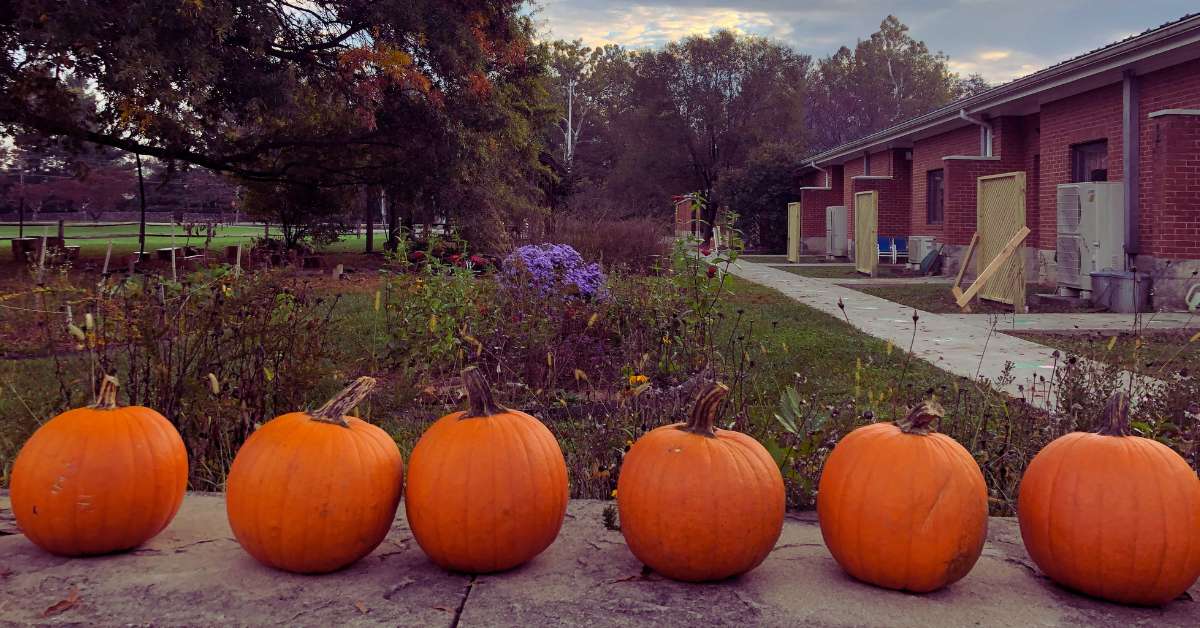 First graders painted pumpkins and took them out to the Crocker Conservancy to create a pumpkin patch for deer. 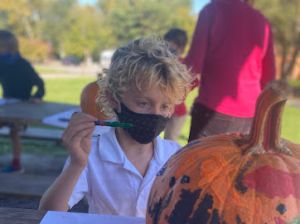 Farmers have long believed that feeding pumpkin seeds to domestic livestock can expel roundworms and tapeworms. The same can be applied to the local deer population. By creating a pumpkin patch yesterday, the students are helping the deer, and other animals that live on the Crocker Conservancy, feed on the natural dewormer.

The activity is based on a 2008 scientific study from Delaware State University that evaluated the effect of pumpkin seeds in reducing parasite loads in goats. The seeds of pumpkins and other vine crops contain the substance cucurbitacin, which has been shown to be a deworming compound. The study showed a significant reduction in average fecal egg counts over a 21-day period.

The 2008 study from Delaware State University Cooperative Extension can be found here: https://cast.desu.edu/sites/cars/files/document/16/pumpkin_seeds-worms_djo.pdf