Published On: November 18th, 2021 | Categories: Food for Thought, In The Classroom | 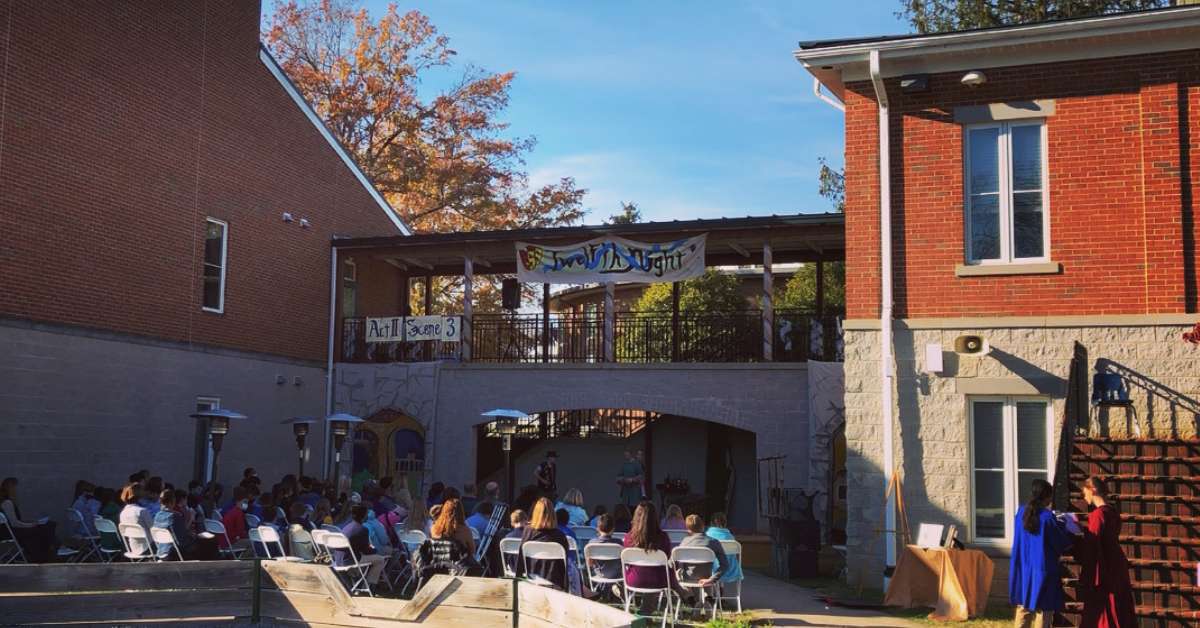 “In Shakespeare’s day all citizens were invited to attend plays for entertainment,” comments Mrs. Greenhalgh, the Upper School English and Performing Arts Director. “And in times of plague, Shakespeare’s Royal Players took the show on the road, touring provinces and performing outdoors. Now in 2021, our eighth graders invoke the spirit of those traveling players, having problem-solved and innovated through the myriad challenges presented by performing live theater safely in a pandemic.”

“As Twelfth Night refers to the twelfth night of Christmas – a single evening when rules and decorum might be cast aside in favor of joyful merrimaking – we invite you to celebrate with this special cast as they enliven the stage with the reverie and absurd comedy of Twelfth Night.”

Go behind the scenes of the 2021 production of Twelfth Night in this video:

The long-awaited return of live Shakespeare on campus premiered Wednesday afternoon to an in-person audience for the first time since November 2019. The eighth grade class brought to life Shakespeare’s romantic comedy Twelfth Night to great applause.

The re-emergence of Shakespeare on campus is a wonderful reminder of the creativity and innovation we’ve seen on campus throughout the pandemic. Transforming the breezeway between Lee Hall and the McIntosh Center for the Arts and Sciences into an outdoor stage was a stroke of genius. The eighth graders constructed their stage to create an outdoor performance theater that could accommodate smaller groups of students with social distancing measures. The ability to adapt and create an outdoor performance experience is a testament to the students and faculty.

Small groups of Lower School students have been joining the audience all week during dress rehearsals and the response has been fantastic. After last year, it is evident that students have been craving the connection of a live performance. It really has been a moving ‘Shakespeare in the Park” type experience.

Shakespeare Week is a week like no other at Powhatan School. This tradition has been a part of the school since the early 1960s, and the annual Shakespeare play is a rite of passage for the eighth grade class. Bravo!