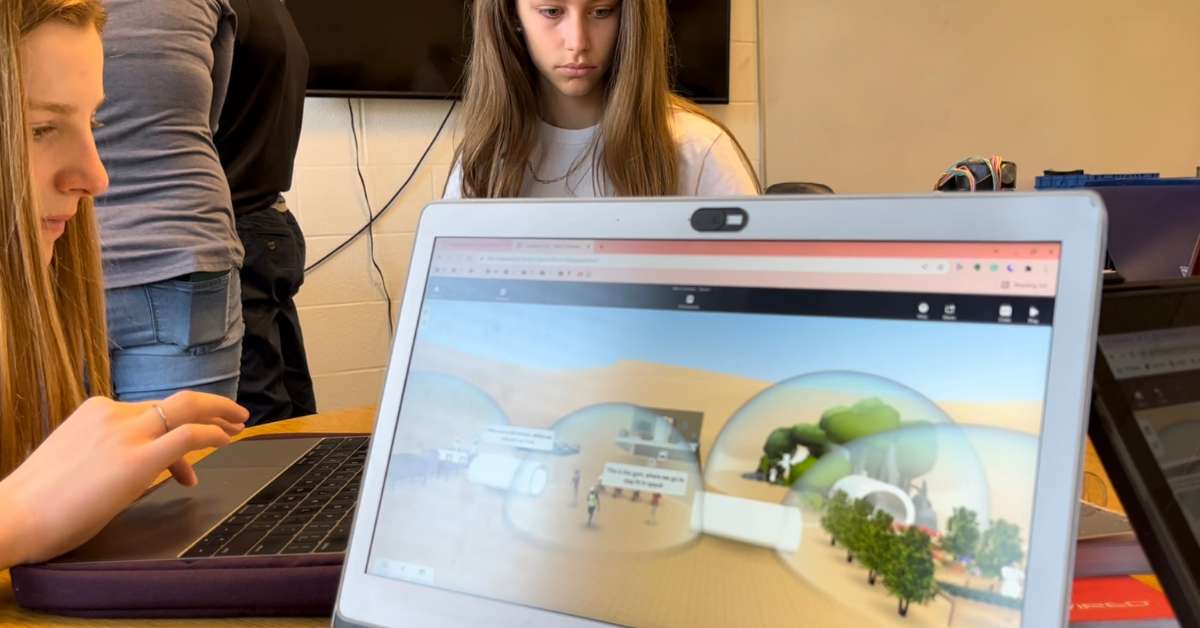 The iTech Lab and Makerspace have been buzzing with excitement this week. We caught up with Mrs. Miller, the innovation and technology teacher, for an update on current technology activities across grade levels.

Fifth graders just finished up a cool VR project where they created their own virtual worlds in CoSpaces. Now this week they’ve been working on a Stop Motion project. Students have been designing and constructing their props, characters, and backdrops in the Makerspace. They will be filming their Stop Motion videos on the iPads in the coming week.

Sixth grade is starting an independent choice project in technology where they get to choose which digital tool and platform they are most interested in learning more about. Students are doing everything from video editing to graphic design to 3D printing.

In seventh grade, students are in the middle of their virtual Mars colonies where they are creating it in CoSpaces and will be able to explore through the VR headsets by walking on Mars.

The eighth graders will be wrapping up their History unit on different wars by using the VR headsets to actually sit in the trenches or be on an active battlefield. They will also be virtually visiting Normandy Beach and hearing from veterans who were there that day.

During fourth grade’s weather unit in Science class, they are going to be sitting in the middle of a tornado through the use of virtual reality.

And this week during their Science class, third grade drove different Mars rovers all around the Makerspace. They used iPads and Augmented Reality to drive or fly some of the famous Mars rovers they have learned about with Mrs. Coutts.

Market Day: We learn not for school but for LIFE

The Geometry of Field Day