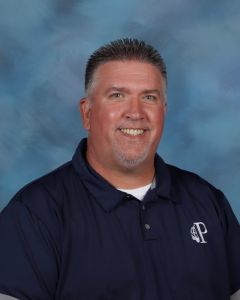 Bio: Coach Burke has been the Athletic Director at Powhatan School since 2001. He played collegiate baseball at Shenandoah University. He coaches basketball at Powhatan.